The Order of Valten Army - Age of Sigmar (Realm of Ghur) 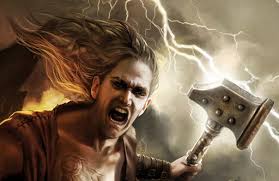 “I find myself in darkness, I awaken to a bitter chill on the edge of a mountain. Memories have been lost, bones have been broken and mended. The sounds surrounding me are unfamiliar, whatever they are, wherever they originate, they do not sound friendly. How did I get here?

Slowly I recall the memory of battle, all I know is war. This was no ordinary battle though, this battle ended the war, ended the world. So how am I here, alive?

Daylight is starting to break, the sun is not familiar, it is a blue colour basking the ground in intense heat. The Sky is green, the grass red and brown. Why am I alone, there must be more, I must find more!”

He still does not recall how he came to arrive in Ghur, he awoke in the mountains to the North and travelled south through dense Jungle until he arrived at a temple. The temple glowed with a blue hue, a magical energy that drew him closer. He felt stronger as he neared. A Voice shouted, "Who goes there?" An old figured emerged from the ruins, his clothes dirty save a robe which hang from his neck. "I know not of my name, old man". "My memory has failed me, What is this place?". The old man came closer and smiled. "I have your answers friend, join us and I shall tell you all."

Valten learned of his name, the Realm in which he was in and what happened to his old home. He vowed from this day to fight in the name of all that was Holy to avenge his lost people, to have revenge for the destruction of his home. 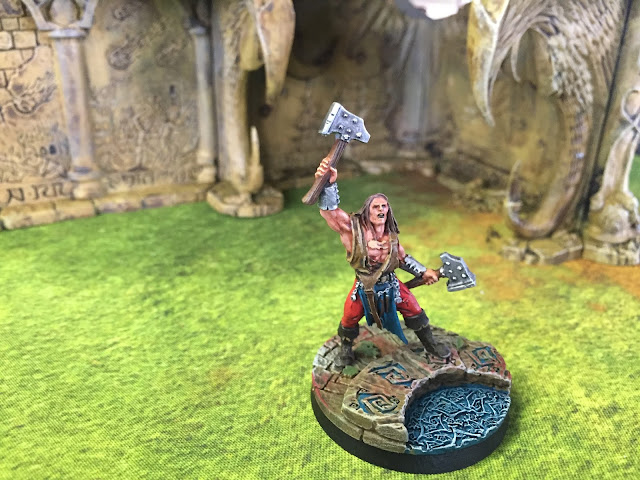 He came to find the temple nearly by chance, he searched long and hard for signs of his own kind, but all he saw were Beastmen, Monsters and worshipers of the dark gods. The first sign came from songs he heard, songs of hope, songs only sung by free men. This gave him hope inside that his kin were not gone, that things could be made partly whole once again.

The war band of men were joined by aelf-kin, duardin and a huge beast of a man, known as Ogox. They travelled the Realm searching for more of their kind, until the came across the ruin glowing with a blue hue. 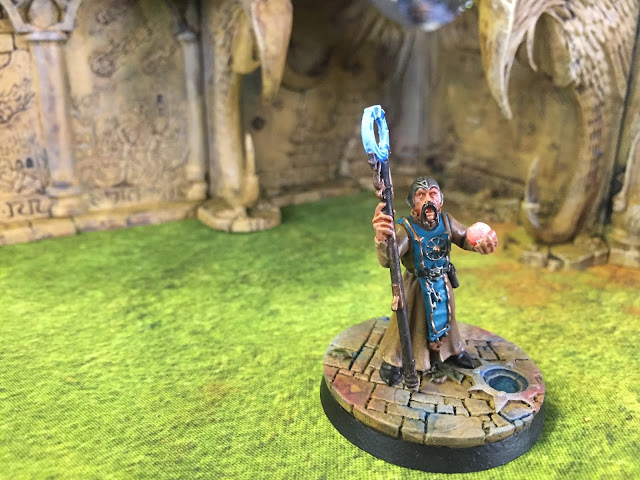 He knew of no other way, he had to stay for now, on their travels they found no other aelf-kin. He thought he was the only one. He hated sharing the stories at first, but time is great healer of bonds and after this amount of time, he grew to love his allies.

The day came centuries later, the arrival of his kin. A band of Wood Elves led by a waywatcher. The first few days were happy ones for Kamari, they exchanged tales of times old, but the sad news was delivered time and time again. No other Aelfs were found, the waywatchers had been travelling for an age and seen nothing but wilderness and beasts. Kamari vowed that day that he would remain loyal to his war band and gave up hope of searching out his brethren. 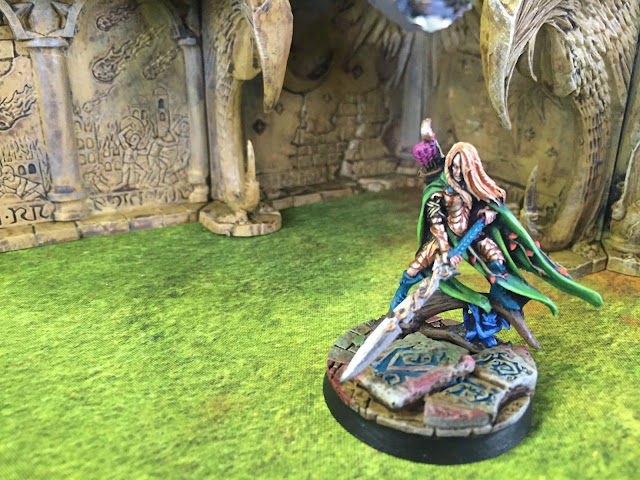 Most left to continue searching as was the way of the waywatcher, but some stayed to aid Kamari and the war band. 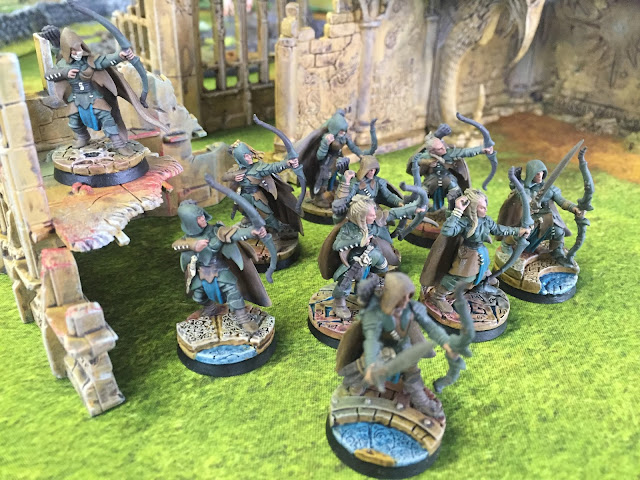 Ogox knows nothing of his past, nothing of his future and barely knows his present. He believes himself to be a free man, A human. He arrived in Ghur like most others, awakening to the new sights and sounds with no memory of before. His arrival was not a lonely one though, he awoke to sights of men and duardin who at first did not think friendly of Ogox. As time passed he devoted himself to the aid of his friends and that is how it will stay. 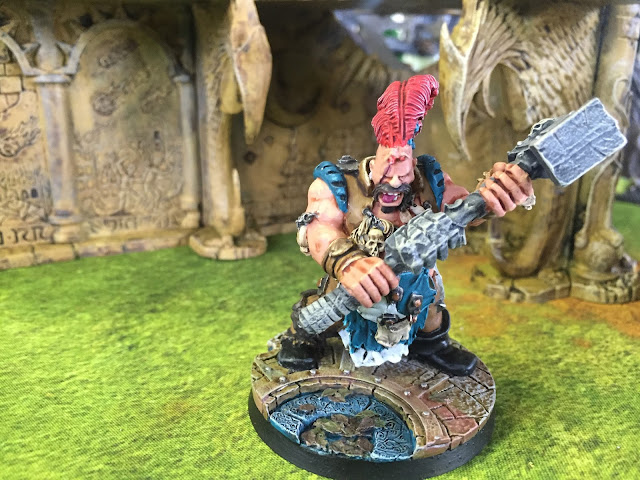 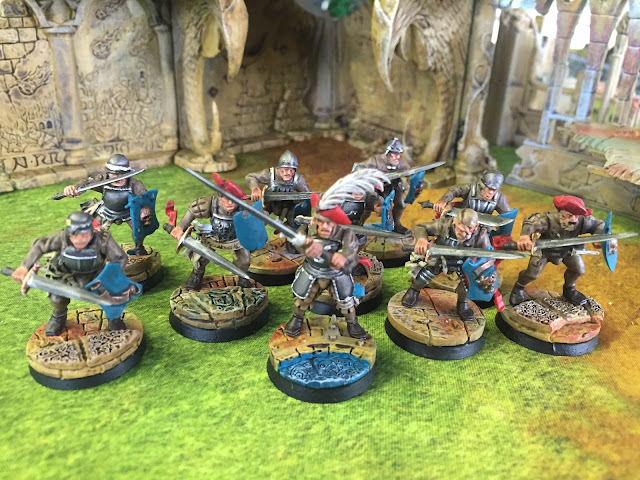 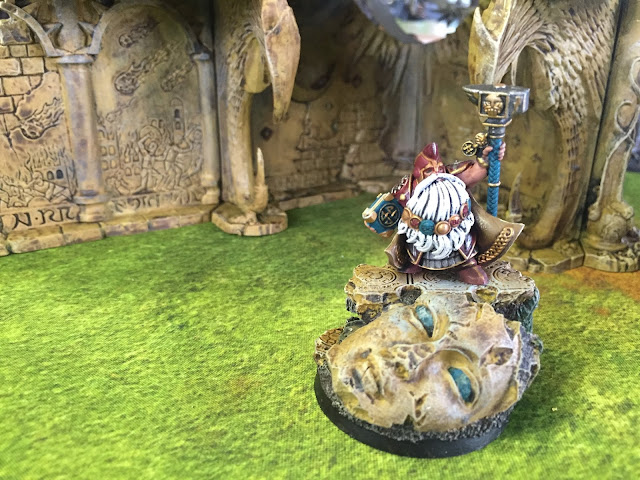 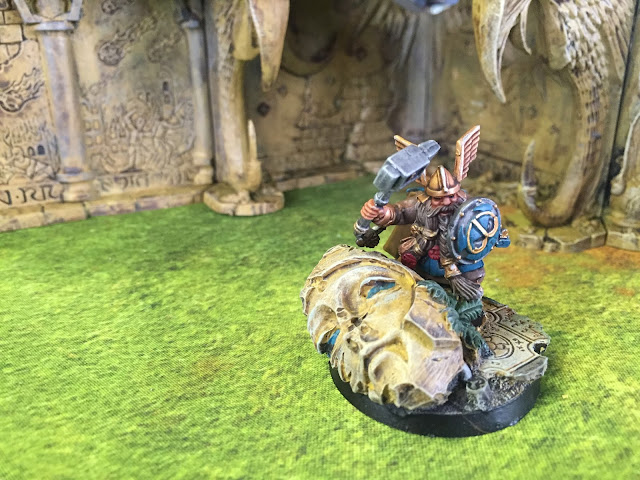 This will be updated as more units are painted and photos taken..