'How I paint' Series: Seraphon, Stegadon and Engine of Gods

A Bit of task, but I wanted to paint these at the same time. I used the bases to do my tutorial on painting the bases for the army, so I done these first. 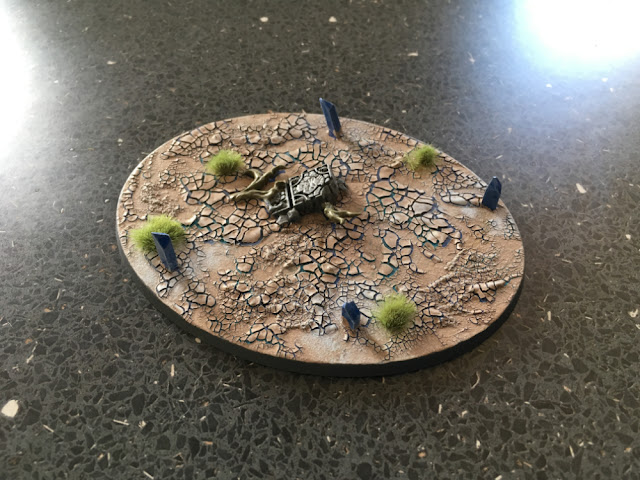 I then started on the Stegadons themselves. Sprayed both Chaos Black, they were very easy to build as are most new plastic kits from GW. 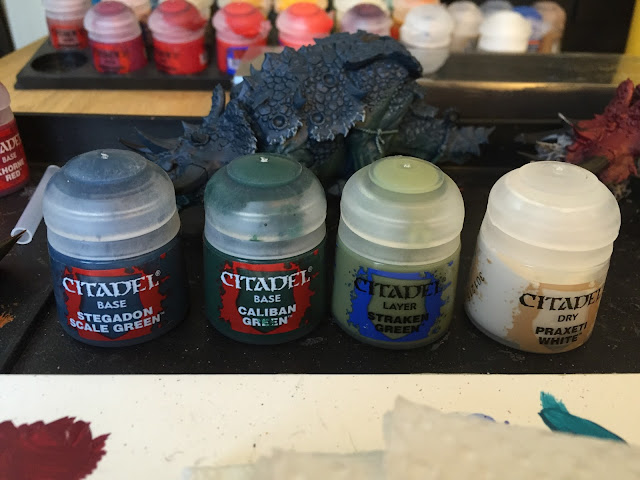 The First Stegadon which will be used as the regular one with a Bow on top (my theory is this is a younger Stegadon therefore its colours are brighter) was base coated in Stegadon Scale Green. 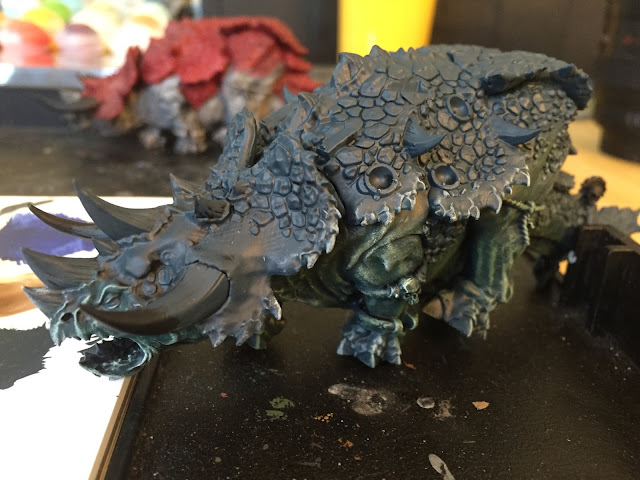 I then drybrushed all over with Caliban Green, Starsnik and a light dry brush with Praxeti White. 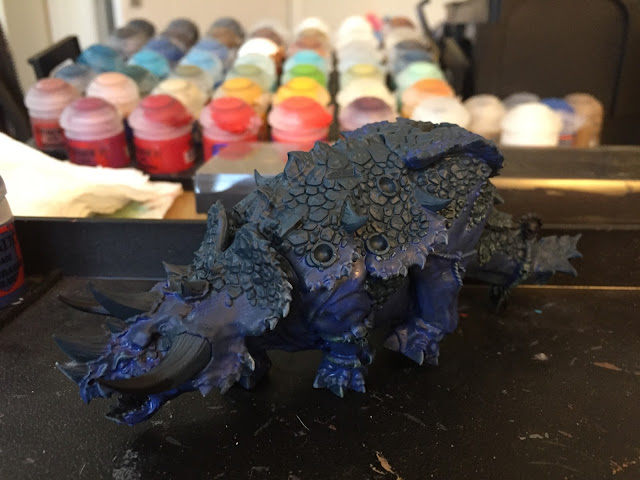 I glazed the belly and Skin with Macragge Blue 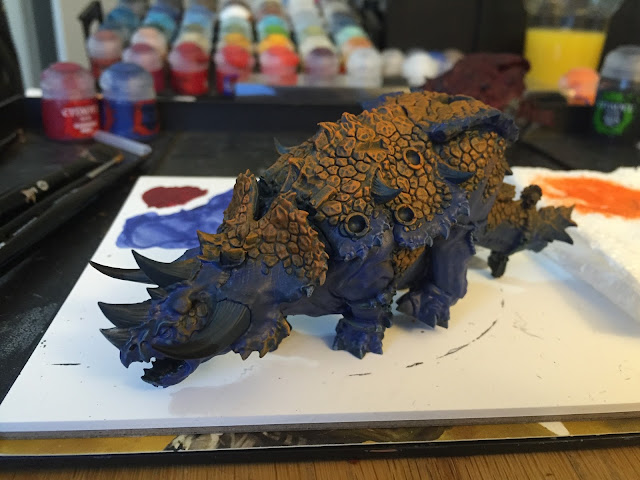 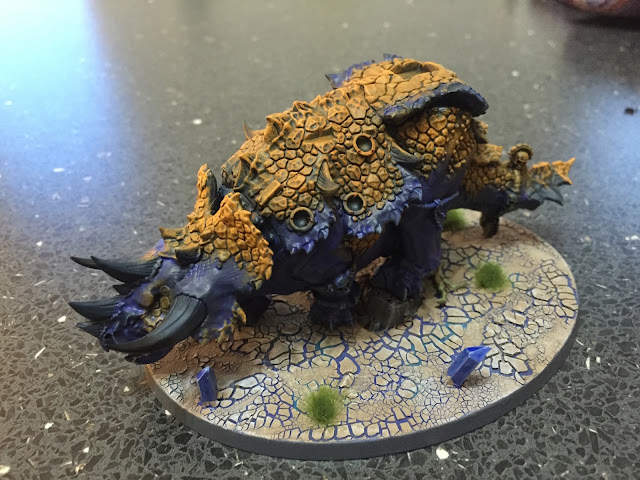 Followed by a Lighter Drybrush of Fire Dragon Bright. The Stegadon being used for my Engine of the Gods on the right, base coated on the scales with Khorne Red, the washed with Nuln Oil. I followed the GW video of Archaon on Dorgar for the belly, it is Rakarth Flesh dry brush followed by a base of same colour. Then a wash of Agrax Earthshade, followed by dry brush of Rakarth and then Praxeti White. The scales were then drybrushed with Khorne Red, Mephiston Red and Evil Sunz Scarlet with a focused dry brush of Wild Rider Red on the top of the crest on its head. 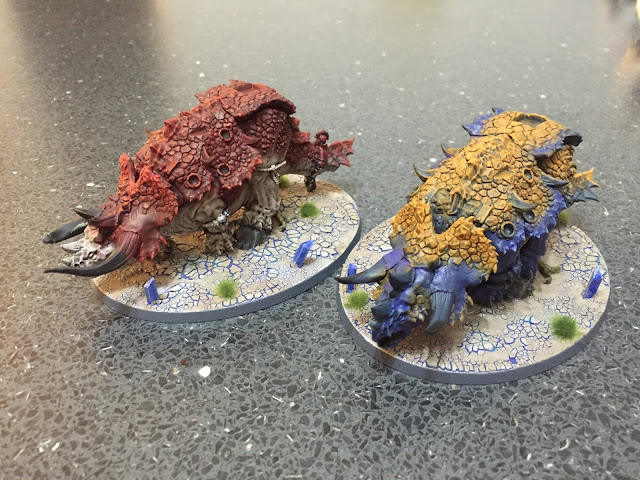 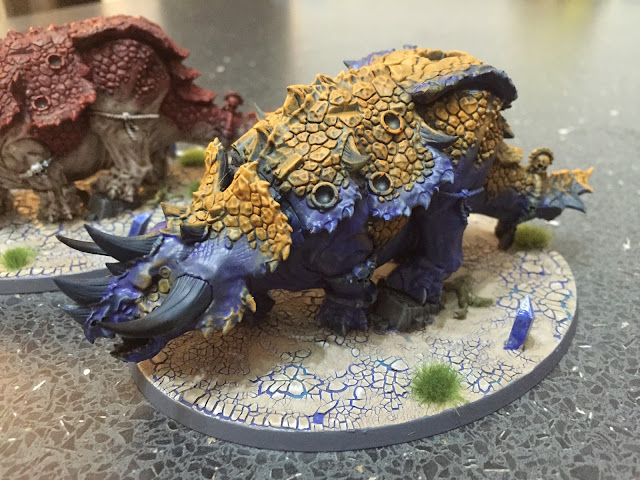 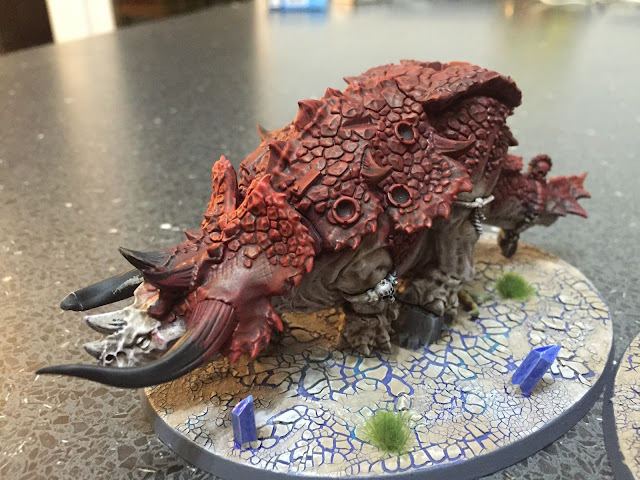 Engine of the Gods. 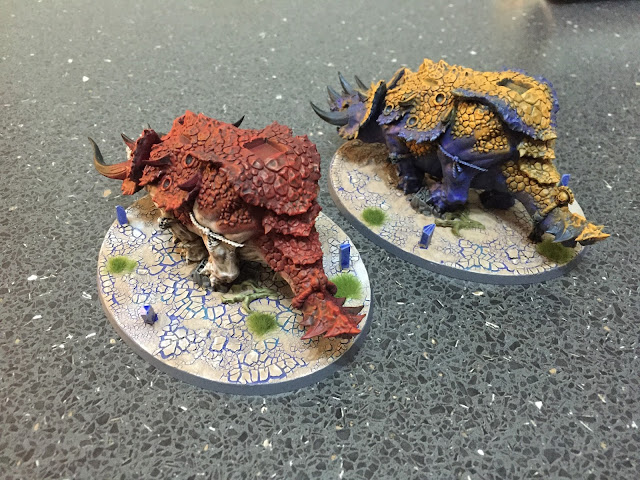 
So here they are the finished articles, no WiP pics of the tops as they are simply gold and stone effects, the Skinks are covered in the other painting articles I done. Hope you like. 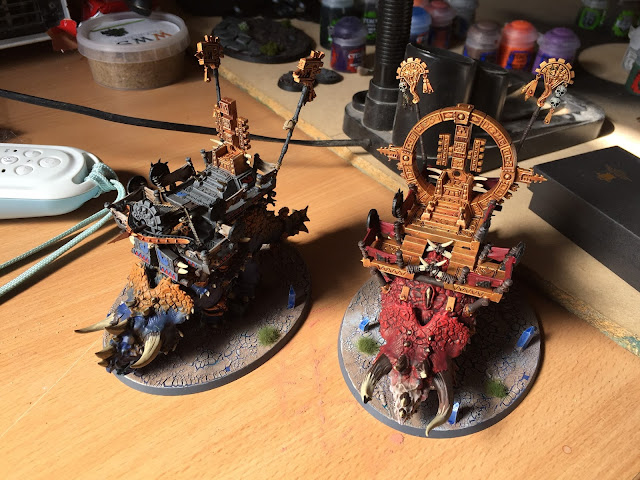 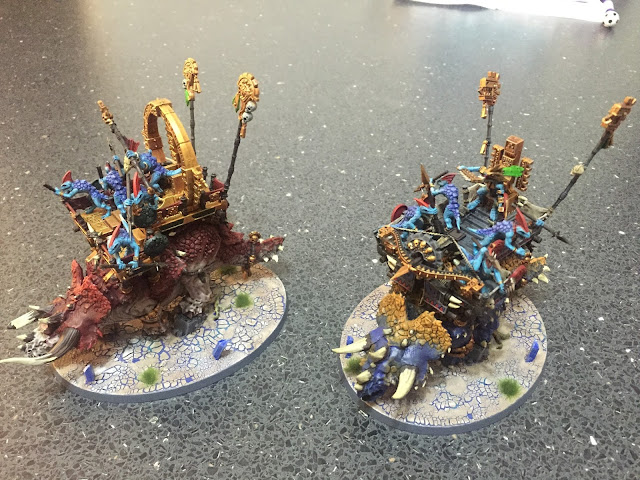 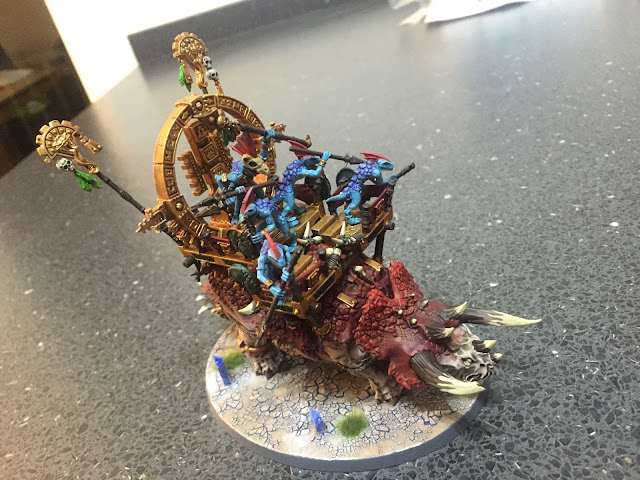 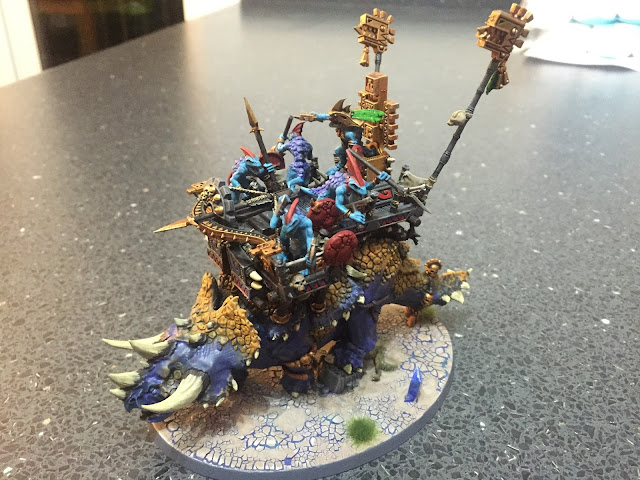 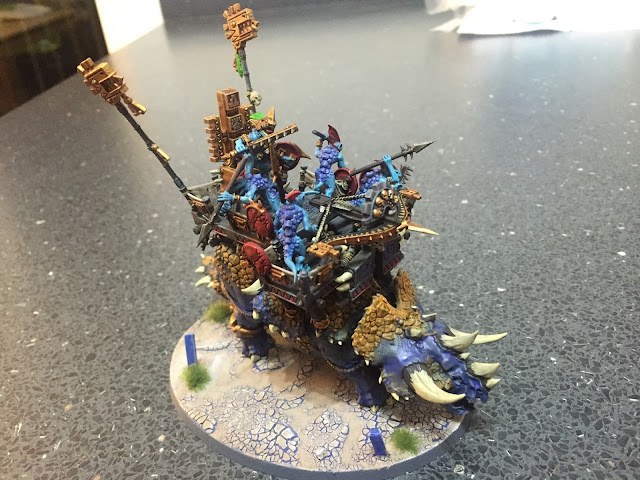