If you are registered to tga.community , then you will have probably seen some miniatures painted by someone called "bottle". The miniatures this guy creates are on another level. I will be focusing on these fyreslayer models for the miniature showcase, but go to the gallery on TGA and check out the other miniatures he has done.

The tones and contrast of these minis are fantastic. Below is a few questions I managed to ask to find out a bit more about how the fyreslayers were painted and "bottle's" life in the hobby. 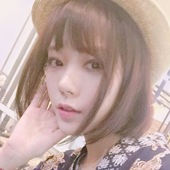 Sam: Hi there! My real name is Sam, sadly, which is much less fun than "bottle"! You do get bonus points if you know where the name comes from though (hint: The Malazan 14th)...

Sean: What made you want to paint these models?

Sam: Age of Sigmar led to an explosion in modelling and painting possibilities for me as I was no longer restricted to a single army. I have really enjoyed painting odd units to fit into my force.
I wanted to paint something from the new range and thought the Vulkite Bezerkers with shields looked all kinds of awesome. Next I want to add in a hero to lead my Vulkite Bezerkers. Maybe the Doomseeker?

Sean: The colour tones are absolutely fantastic, what is your recipe for the Skin and Beards?

Sam: Thank you! The most important thing for me is working from a white undercoat. That really revolutionised my painting. I start straight away with one coat of thinned Kislev flesh and add Reikland Fleshshade over the top. This quickly gives a lot of definition and contrast between the darks and lights.

After that I build up highlights with Kislev Flesh, Flayed One Flesh and Pallid Wych Flesh. Usually I do quite stark highlights on skin, but as it's such an important part of these models I used lots of Lahmian Medium to make the layers akin to glazes, with a thin glaze of Lahmian Medium and Cadian Fleshtone applied to areas that became over contrasted too.

The beards were mainly done with Khorne Red and Troll Slayer Orange. The Reds were washed with Carronburg Crimson and Nuln Oil (at the roots) and highlighted by mixing in progressive amounts of Pallid Wych Flesh. The Oranges were done in much the same way with Fuegen Orange for the wash. 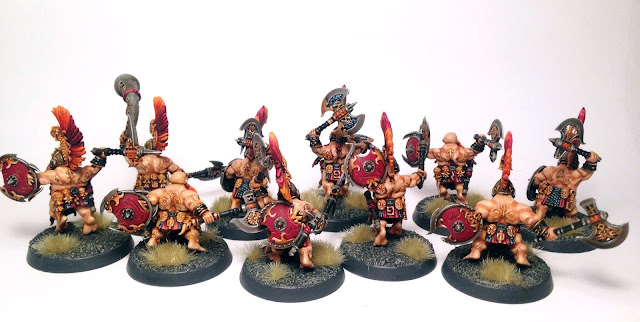 Sean: What is the Age of Sigmar scene like in your area?

Sam: The Age of Sigmar scene is great in Bristol UK. I mainly play in the local GW but recently attended the Bristol Smash as my first ever tournament and had a lot of fun there!

Sam: I've been in and out of the hobby since I was 10 years old. I started with 2nd Edition 40k but it was Necromunda that I really loved (and still do!)

About 2 years ago I moved back to the UK after having lived abroad in South Korea. I took up the hobby again and chose Fantasy this time - something I had always dreamed to do.

Sean: Are you going to be participating in the upcoming Summer campaign from Games Workshop?

Sam: Yes! I can't wait! I wasn't around for the global campaigns before and this one looks like a great bit of fun. I'll be pledging my allegiance to Order and fighting for the 3 cities. I used to complain at the lack of towns and cities at the start of Age of Sigmar so I really want to make sure these 3 survive and will be fighting my hardest to make it so!

Sam: Nothing much, but please feel free to follow me on Twitter. My handle is @_devianttactics and you can see the progress on the Death army I am building.

Thank you so much for your time and keep up the great work!
Posted by HobbyHammer at 10:38:00