RAW16 enabled me to tell a story of Reggio and his Wolves of Ghur on their quest to learn more about the fragments buried around the Mortal Realms. He, like all the other players started his journey as a small aspirant, a warrior marked for greatness. I will try my best to tell his story through this post and hopefully give you a small look into just how awesome this was.

SPOiLER: Reggio done his job and will go down in history as The Most Famous, his reputation surpassing every other, although he died in a last brutal battle, his journey saw him do things no fear mortal should be able to. 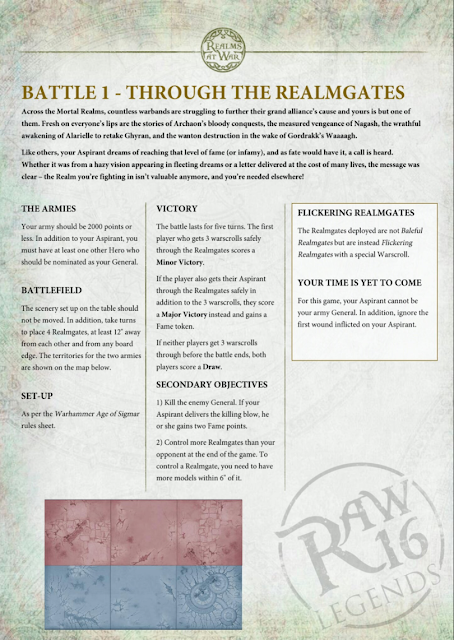 Reggio started his journey in the Realm of Ghur on a plain containing 4 flickering Realmgates, he was under the wing of Elron Frewill, The General of the Wolves riding a Griffin into war, this should have been easy, await the gates to activate and get the troops through, they arrived only to find a Seraphon host across the battlefield on their own cause and at the beginning of the own journey. The powers of the gates could only be activated for a small time and so only one of these armies could succeed so battle would soon commence. 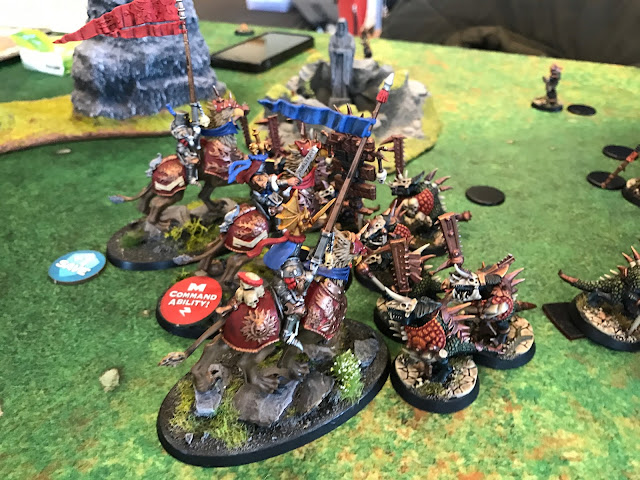 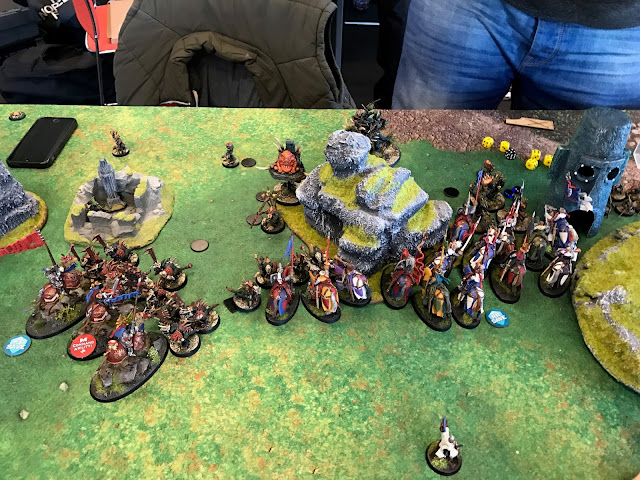 The first of my games was against Dan Heelan from the HeelanHammer podcast and his beautiful Seraphon, in his list he had a Slaan, Priests, TempleGuard, Skinks, Kroxigor, Rippers and some other characters. We talked before the game and he told me stories of 2 of his models who have a good reputation in the community, I took this as a challenge and the only challenge that mattered. Reggio's targets in this game would be his Kroxigor and a small Skink Priest who apparently doesn't die.. Dan went first and brought his Rippers down from the Heavens and sent them flying into my Collegiate Arcane huddled up on the field, he took down a BattleMage and got a few wounds off my Luminark, the Chameleon Skinks failed though to kill the Damsel, the rest of his army advanced slowly anticipating the speed and lance of the Knights. 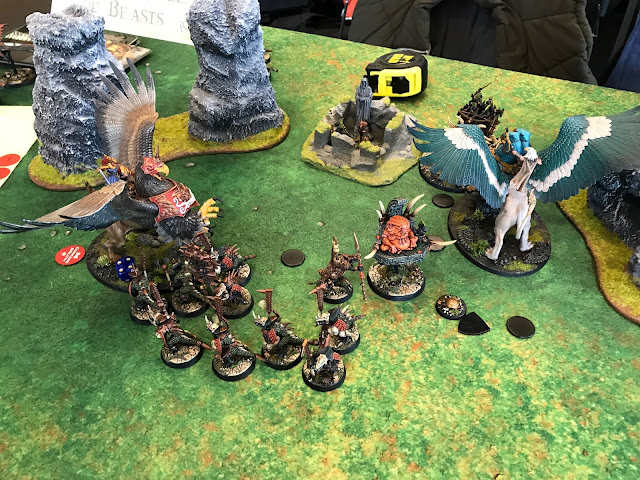 The Wolves of Ghur sped forward and hit the lines of Temple Guard, I'm afraid to say they bounced. But this was all just a distraction, for it was to hide the fact Reggio was hurtling across the field to hunt down the rep guys. It got to a situation that Reggio could have charged his Slaan and maybe done some damage and maybe even achieve the objective of killing the enemy General, but what kind of story would that tell? Instead he turned around and charged the Kroxigor left, the Ledge himself. The battle was swift but deadly and down fell the Kroxigor. 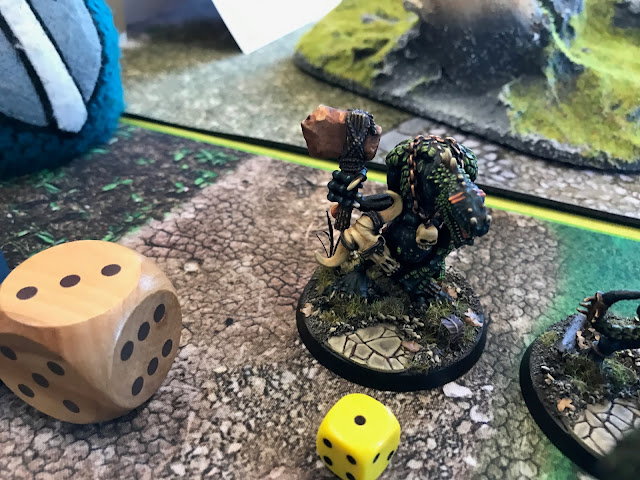 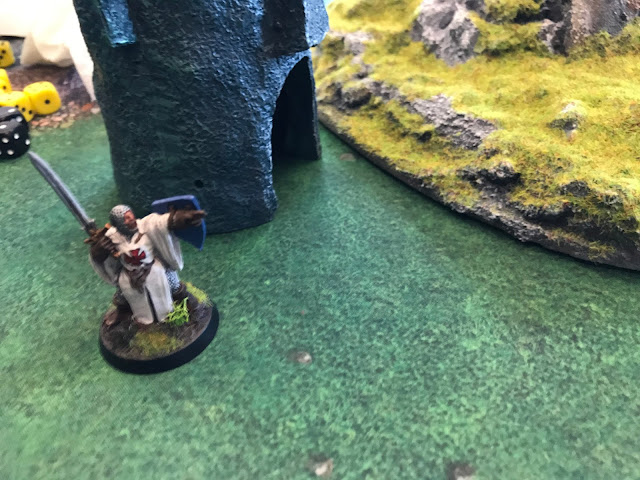 At this point, again it would have been sensible to wait by the Realmgate and jump through, but there was a small Skink star priest surrounded by Temple Guard that needed a lesson to be learnt. I run across the battlefield and made it into combat with the Skink, in the meantime Dan had got his last units needed through the gates to win the Major Victory. Again, the Skink was no match for Reggio and down he went. The following scenes were horrific as the Temple Guard and Slaan surrounded Reggio and beat him down to an inch of his life. 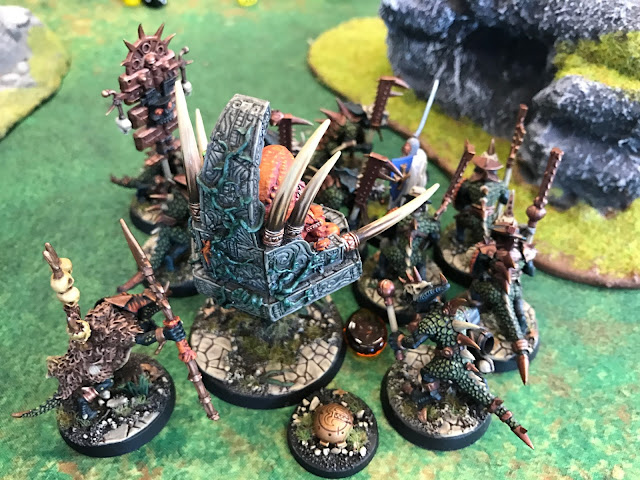 What doesn't kill you though, only makes you stronger! I rolled on the Order table and rolled up Extraordingary Endurance which gave me +1 to my wound Characteristic, I also gained quite a few fame tokens. The Journey has begun!

A great game against an excellent player. We both played in the spirit of the game, letting stories be told, so a fanstastic started to the weekend.
Posted by HobbyHammer at 09:26:00