'How I paint' Series: The Great Green Torc

Welcome to my most ambitious project to date! For the upcoming Realm Hoppers Event on the 18th February in Margate, UK I wanted to have a centre piece terrain sculpt that is iconic in the AoS world.

I have read through Godbeasts and my favourite part was the section in the Realm of Ghyran where they were fighting over the Great Green Torc, a huge floating isle which had its own seasons and climate, accessed through an umbilicus Realmgate, this Torc happens to be a necklace for Behemot, the world Titan and Archaons prize.
Read more »
Posted by HobbyHammer at 10:29:00 1 comment:

'How I Base' Series: Realm of Life, Plants 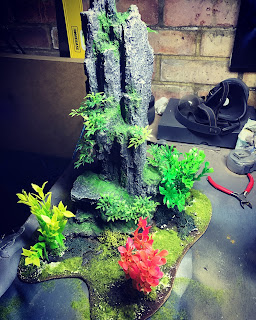 These pieces were bought cheap off eBay, its amazing what you can find by trawling though, looking for Fish Tank items, Reptile Tank items etc. just don't type in wargaming or modelling and you should find a bargain. The best thing about Age of Sigmar is anything is possible so you can pretty much use anything as terrain! 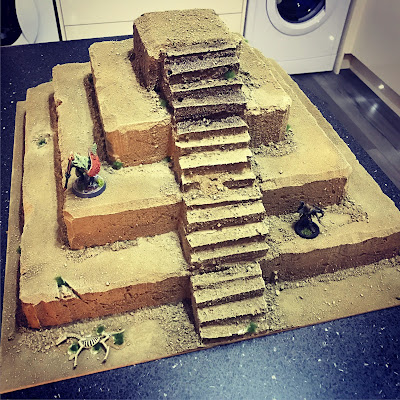 Good day to you all! Today I bring you my first scratch build terrain guide. I attempted and hope you agree, succeeded in sculpting, building and painting a 'Mayan' style temple pyramid using polystyrene. This was great fun and a great excuse to try my hands on my new Hot Wire Cutter toy. Here is 'How I Made' the piece.
Read more »
Posted by HobbyHammer at 09:54:00 No comments:

Welcome to another instalment of Miniature Showcase Friday. Been a few weeks since the last one and this one has been a few months in to the making. I am so glad I got to ask Chris Tomlin off the Black Sun a few questions about his Brutes. If you have seen them in the flesh, you will appreciate just how much has gone into making them look war torn and 'ard looking! I ask him below a few questions of techniques, colours and choices, as well as a few more questions about the AoS scene and what he is doing next. Hope you enjoy! 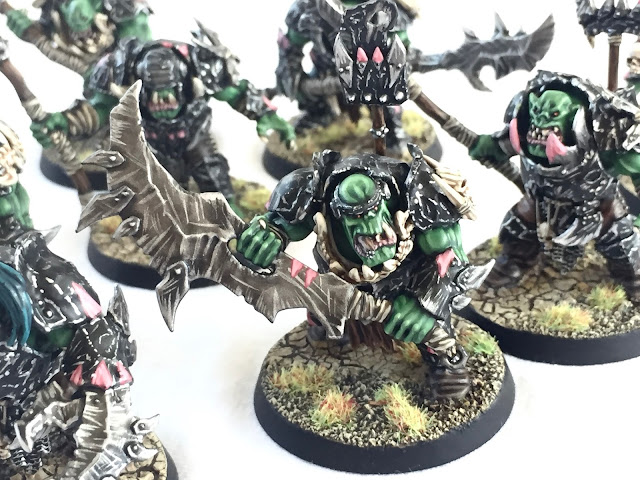 'How I Paint' - Realm of Ghur, Cartha Water Font

Today, I bring you my small terrain piece, The Font of Cartha. It is based on the water fountain in the audio drama series from Game Workshop, in the story, The Stormcast are holding a treetop city in the Realm of Ghur called Cartha, they tell tales of the font which for half the year, man can drink from without consequence with is titled the Time of Man. For the other time though, in The Time of the Beast, if you drink from the fountain, you basically turn into an Ungor! Seeing as I have a board at Realm Hoppers based on Cartha, I thought I would model it. 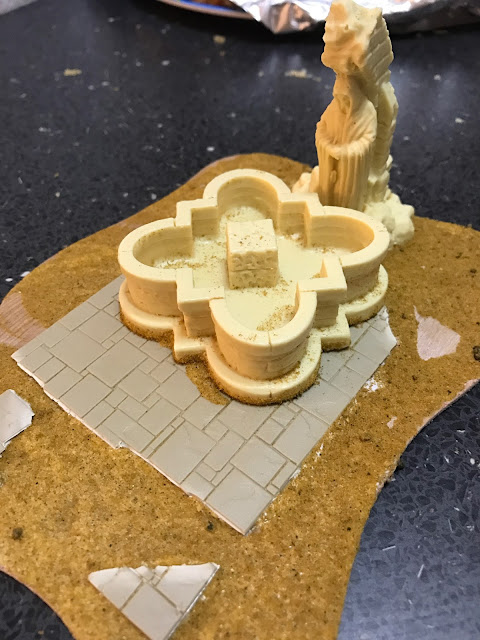 I found the water fountain and statue pieces on eBay, I cut a 3mm bit of ply and stuck down some Wills paving and Sand as well as the font using PVA
Read more »
Posted by HobbyHammer at 10:00:00 No comments: