'How I Brayherd' Series: The Story and History of Mojgorox, Beastlord 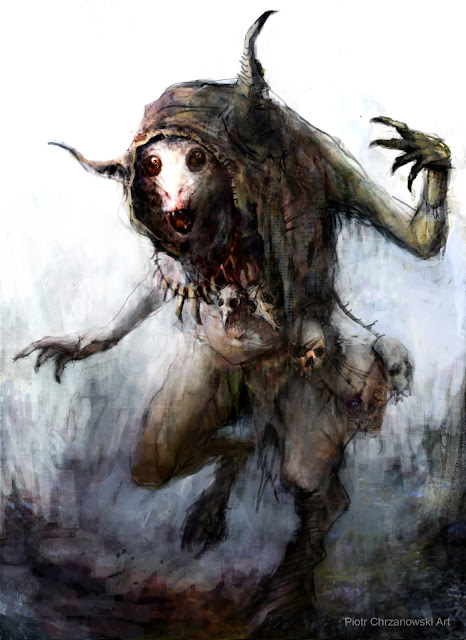 "We rend! We destroy in the name of our father's! We care not of your thoughts and gains but only of your blood! We are hungry aren't we? This land is ours, given to us by father to breed, excrete and devour. We, your child farm these lands, like Father Nurgle's Virus, Like Father Khorne's carving knife, like Father Tzeentch's knowledge and Father Slaanesh's consumption. 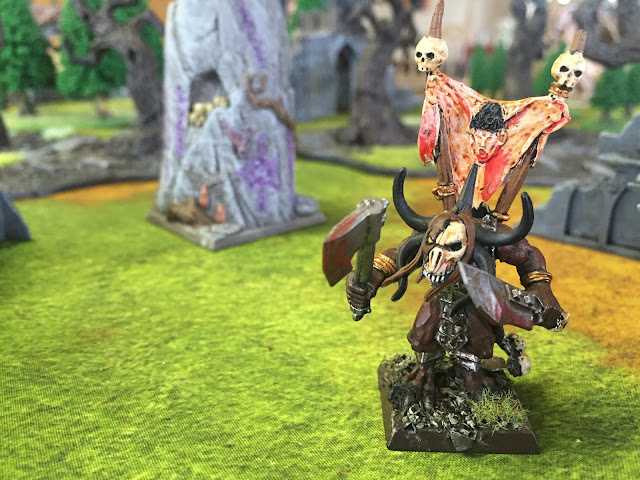 This is the model I converted and painted back in 8th Edition that will be rising again in the Age of Sigmar!


Mojgorox has seen many a time come an go, as an immortal, he can not be slain by mortal men and only if one of his fathers see fit he should return to the Realms of Chaos. The ending of the old world and his travels to the Realm of Ghur through Chaos split his mind into four, each quarter devoted to the different gods of Chaos. This drives him crazy as his mind battles like the dark gods themselves for supremacy. But his devotion to Chaos can not be matched. He ruled Ghur for thousands of years until the mortals started arriving. At first Mojgorox found this entertaining, hunting for sport, killing for fun. But soon the numbers grew too many and Ghur is a large place. Mojgorox was recalled by the dark gods to Chaos, where he was tortured by Khorne, empowered by Tzeentch, fed by Slaanesh and cuddled by Nurgle until Chaos could rule gain.

After many years Mojgorox is to be set upon the Realm once more, power running through his vein in his heart, he can rule once more.