Adam (@warhammernerd) and I played a very good narrative game this week, we begun a week before coming up with stories of our armies and why they were there, what they were doing, after a while, the army lists were produced and a battleplan was selected based on the below Narrative background lore we produced. Read through the background first and then watch the video below which is a live streamed game playing out the story. Hope you enjoy!

Lord of Spite Fort, a ruined outcrop of a once glorious castle in the realm of Chamon. Tarrare was once a noble squire under the tutelage of his Iron fist uncle Duke Guillaume Tirel. He was a troubled child, prone to fits of extreme wild rage, known as the black rage. As a young infant he was taken under his uncles wing after his parents mysteriously disappeared one night (i.e. he ate them). 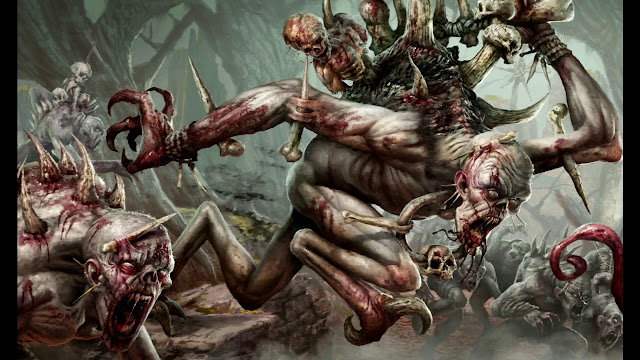 Growing up with his uncle in the real castle, Tarrare developed an unhealthy appetite for unusually and succulently rotten cuisine. Royal chefs refused to prepare Tarrare’s strange food, preferring fresh succulent cuts of warm bloody meat. Realising the royal courts wouldn’t entertain his exquisitely refined palette for unusual delicacies. Tarrare took to sneaking out at night to hunt and prepare his own illicit feasts. Having killed the most unusual, large, rare animals he would hide / bury rare cuts of meat and return to eat them when they were sufficiently ripe.

A lowly kitchen porter spotted Tarrare one night climbing out of his chambers. The porter looked on with horror as Tarrare, sat on a moonlit boulder-swallowing morsel after morsel of fly and maggot infested rotten meat. The porter altered the royal chefs, who in turn altered Duke Guillaume. 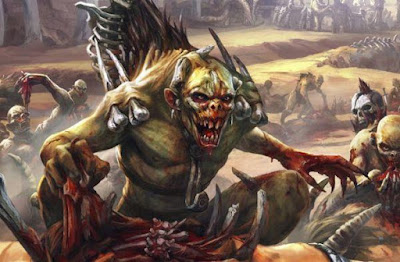 Centuries later, Tarrare returned. The Duke, the royal court and castle were no more. In that time, Tarrare had built a new court. Trained in the exquisite art of flowering meat. Perhaps it’s he centuries of dining on less than fresh flesh that drove Tarrare into a near permanent state of Black Rage? Or perhaps Tarrare was just born that way? 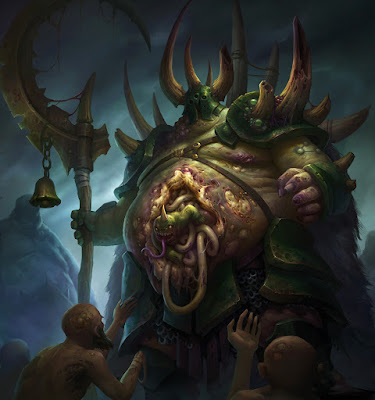 In the absence of Tarrare from the Spite Fort, his Uncle although banished him, grieved for years at the loss of basically his only heir. During these years, the Spite Fort held time and time again against the onslaught of a Nurgle Blight Guard. The Lord of Plagues, Poxidious, led the BlightGuard. (Basically wanting to gain access to the hidden Realmgate within the grounds. The Fort was eventually invaded and the old noble family including the Duke had two choices, joined the ranks of Pox or die. Those who joined went into slavery, the Gate was opened and Nurgle's Garden poured into the realm. The tougher knights who joined Nurgle were placed into the guard as BlightKings. 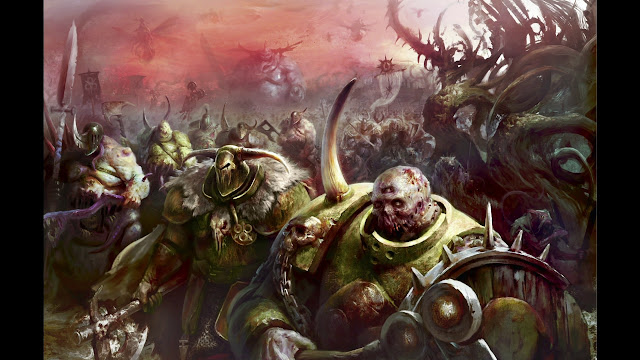 Poxidious has held the fortress for many years now, the Realmgate is a direct link to the Realm of Nurgle and key to allow Horticulous Slimux to come forth and begin to process of gardening the Realm of Chamon in the image of Nurgle’s garden. Due to the immense importance of this task, even the now infamous Glottkin has been summoned to protect the Lord of Plagues to do his work.

The Key to Victory 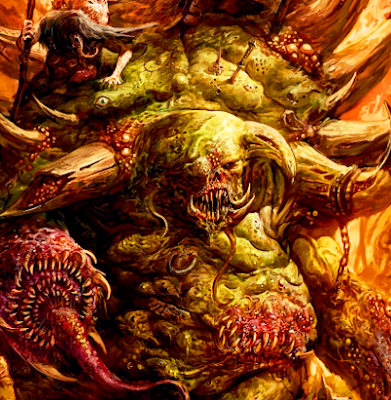 After all this time, Tarrare has decided to return to his rightful home in the Spite Fort, full of revenge, he had intended to slay his Uncle and force the inhabitants into his court. Instead his Deadwatch, who had flown ahead, to scout the region returned with news that the family was dead, in their place the foul and corrupt Rotbringers busied themselves in the court yard. Tarrare saw the opportunity for fresh rotten meat but knew the Realmgate had to be shut first to secure the fortress once more. The Spite Fort will be his once again, but first the great feast will have to take place.

Play Battleplan: The Key to Victory from the Campaign book ‘All Gates’

Poxidious - (Lord of Plagues)
* - Trait: The Cycle of Corruption

The Children of Nurgle - (Nurglings)
* - 3 Nurglings