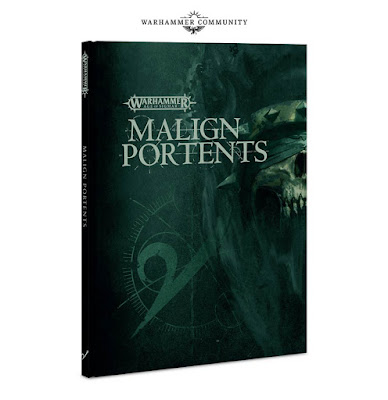 Welcome to Malign Portents, a huge project from Games Workshop that will push the timeline of Age of Sigmar on and usher in a much darker time of the game. I have been lucky enough to have had an advanced copy for a while to look through and I gotta say, it is fantastic. In this book you will get new ways to play as well as great updates on existing ways too. The book contains new battleplans for Skirmish, Narrative and even Matched Play! So no longer are tournaments going to be refined to the 6 in the Generals Handbook 2017. It also contains new warscroll characters and new tables to roll on to represent the Portents waxing and waning in the Mortals Realms.

As well as this book, you also have had access to the http://www.malignportents.com website which has given you a wealth of information of this new era. There has been 2 new short stories a week and this looks like it will continue too, you can also watch videos of the narrative progression of the Harbingers (new Characters for each Grand Alliance). A closer look at the Mortals Realms and how they are formed and a great catch up timeline of what has happened so far.

The first part of the book goes into the lore, it is a huge leap on the timeline as the new age is ushered in. Nagash has regained most of his strength and his minions have swamped The Realm of Shyish. The Harbingers, the ones interpret the Portents have been watching for a while gathering information on this.

One of the coolest things is we finally get a new opening paragraph in this book...

'It began with unsettling dreams, and unnatural
lights in the sky. Many sleepless nights were spent
huddled in fear of spectres that haunted the mind,
and that deprivation of rest was itself a curse. Tempers
frayed, families fractured and rulers became irate as
their subjects fell to distraction and gossip. There was
something in the air, they said. Some malediction
yet to be, a baneful hour that threatened to turn the
feeling of disquiet into a palpable aura of dread.
Waking nightmares spread across every land,
promising a deathly fate or the abstract terror of
oblivion. As the nights grew longer, a dark solstice
dawned, a season of discontent that grew to cast its
pall over even the most vigorous soul. In parts of the
Realm of Death they called it the Long Helsnacht, or
the Hexensendt; in the principle cities of Aqshy, it
came to be known as the Ash-smother, while many in
Chamon referred to it as the Glimmerdun. Strange
phenomena abounded, every traveller bearing a
different tale – some were told with shaking hands
and wide eyes, others with morbid relish. Traders and
explorers carried these ominous accounts and theories
through Realmgates to pastures new, only to find that
those on the other side had disturbing stories of their
own. This period became known to the free cities as
the Time of Tribulations, and it was well named.'

This straight away gives you a new sense of where we are, it will be interesting to see if this is a one off, or this is now the norm. The next part of the Lore section catches you up to this point detailing Chaos' Ascendance, the Vengence of Azyr and also again a more detailed look into the Mortal Realms.

We also get a look into the new (old) scenery piece, the Warscryer Citadel. Warscryer Citadels are impressive strongholds built upon meteorites hurled by Sigmar himself. These heaven-sent monoliths, named scryer-stones by those who first discovered them, are potent sources of celestial magic – those who master them gain the power of prophecy. Sigmar then releases his new Stormcast Hero, the Lord Ordinator! The new Eternals sought out the Citadels and begun their work interpreting the omens, most were reclaimed by Order, but Destruction, Death and Chaos soon also realised the power of these and begun their work too. 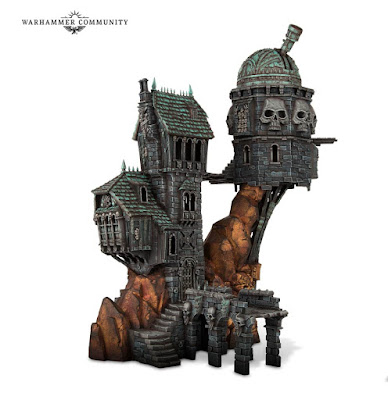 We then dive into the backgrounds of the Harbingers and the Realm of Shyish, I wont go over these as the stories are too good, especially the new look into The Realm of Death. Nagash has definitely been busy..

I need to mention it as well, the little nod to us NEOS is just epic! Its a little side box, a tiny little quote from Elder Cahastor of Neos... ‘There are places where valour reigns, my child, where death does not thirst so for the souls of the living. Some say that Hammerhal Ghyra’s gardens can feed a million mouths, and that the Phoenicium has the power to bring a man’s spirit back from Shyish. But these places are few, and still assailed on all sides. We must fight the darkness each day so they may thrive, and our people will thrive with them.’
- Elder Cahastor of Neos 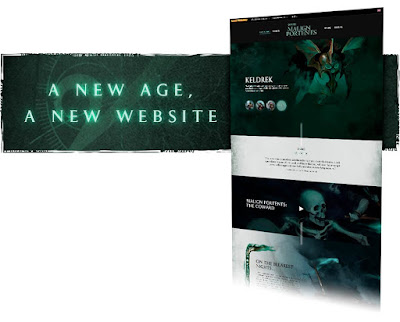 The main meat of the book is the Time of Tribulations, this section gives you new Times of War rules for the Realm of Death, whether that is for Narrative play or Skirmish battles, The Malign portents themselves which is a point system allowing you to generate and interpret different portents and give your army one off abilities to use in Age of Sigmar games, new battleplans, the warscrolls for the Harbingers and scenery pieces.

These times of War rules have been expanded from the GHB17, you gain a new spell and command ability as well as new Mysterious Terrain rules too including things like Eternal War adding 1 to bravery of all units, Lift Leeching where units suffer mortal wounds on a 6+
One thing you do not get is some Glory rolls, ie, if you win a battle you can a triumph for the next battle. But all you need to do if you want to use this is refer to the Path to Glory book for your chosen faction or the GHB17

The Power of Death.

In order to determine the effects of the power of death in your games of Warhammer Age of Sigmar, make a note whenever a unit is slain on the battlefield. At the start of the following hero phase, the player whose turn is taking place rolls a D6 and adds 1 to the score for each unit (friend or foe) that was destroyed in the previous turn. The player then consults the table below to see what effect the power of death has in their turn. No roll is made on a turn in which no units were slain in the previous turn (such as during the first turn of the first battle round, for example).
This part of the book is great, it is another part you will need to remember it is there and could be forgotten quite easily as you need to remember how many units have been slain. It is very similar to playing with Coalition of Death rules. If you do anything with this book though, use these are they feel the most thematic to playing Malign Portents.

Each battle that takes place gives you chance to earn prophecy points, these can then be used to interpret the portents and gain abilities in the game, you gain more points depending on different factors like having your battle in Shyish, whether a Harbinger is on the battlefield, if you garrison a Citdael or just having priests and wizards in your army, you generate them at the start of the battleround. For example, Ben and Jervis are fighting a battle in the Realm of Death (+3 PP), so each will generate a pool of at least D6+3 prophecy points at the start of each battle round. In the first battle round, Ben has a Lord-Ordinator (+3 PP), who is garrisoning a Warscryer Citadel (+3 PP), earning him an additional 6 prophecy points in the first battle round. Jervis’ army includes a Fungoid Cave-Shaman (+3 PP, +1 PP) and another two Wizards (+2 PP), also earning him an additional +6 prophecy points. At the start of the first battleround, each players chooses a guiding Malign Portent (D6 options) which they can then use, each sign costs a number of PP points but gives a great little ability: (for example.. (5PP) Portent of Far: By reading the signs above, the seer gains glimpses of the future that allow them to predict when and where their enemy will appear. Interpret this sign immediately after picking a friendly unit wholly within 18" of the interpreter to shoot in your shooting phase. In that phase, add 1 to hit rolls for that unit.)
This is the meat of the book, the whole point of it really. It acts like Blood tithe or Contagion Points and furthers my view that it is the new go to mechanic for Battletomes etc. Having rules to use in Matched Play games is something I hope is adopted in tournaments, but unfortunately I can only really see this being used in Narrative events or club campaigns that prefer Matched Play but want something more. The system itself is slick and easy to use, building Prophecy Points is quick but none of the abilities are game breaking, little bonuses are always great.

There is a number of new battleplans for Skirmish, Narrative and Matched Play, if you are playing in the Coalescence Event in March, you will be playing through the Narrative Battleplans in this section. The Matched Play ones are interesting too and I would love to see these adopted by the tournament scene as extra options to pick from.
The Narrative battleplans look good fun and easily link together to make a campaign, the Matched Play ones look fun and fair and the additional Malign Portent rules are easily removed if need be (definitely not recommding you do that though) 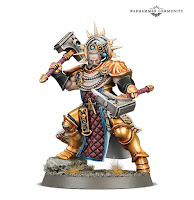 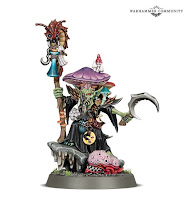 Each of the four new Harbingers have new warscrolls (and points values) to use in Age of Sigmar, each Harbinger also gets their own portents to use too! There is also a new scenery kit which is the old Skullvase Manse, this is the Warscryer Citadel and has cool new abilities to use too.
There is one stand out Character on this and if you have seen the leaked warscrolls you will know this is the Ordinator.. buffing War Machines is huge as they are already powerful options and in abundance within the Order Alliance, All the models themselves are fantastic, my favourite being the Knight of Shrouds.

So that's it... in a nutshell. This is literally a snippet of what is in the book, think of it as a Realmgate War campaign book on steroids! It is a supplement of a new way to play like Path to Glory, a Generals Handbook all combined together. It is immense and I can not wait to start playing some games down the club with it.